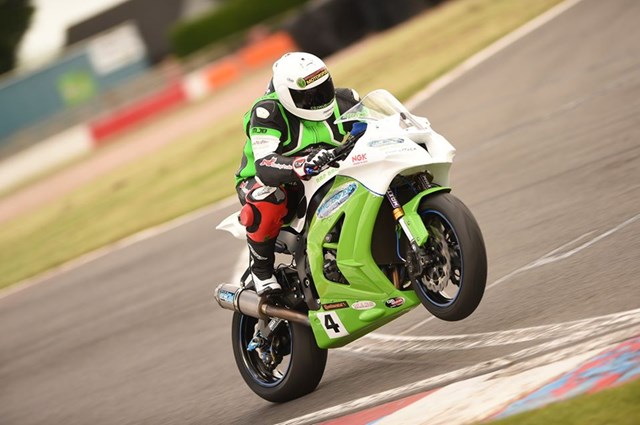 This year fellow Myerscough motorsport tutor, Richie Harrison, is also competing at the sport’s most iconic circuits in the Thundersport GB GP1 Sportsman Elite, on a new Kawasaki ZX10R.

The star of the 2020 championship had been halted due to coronavirus but finally got underway last weekend at Donnington Park.

Ryan dominated in Golden Era Supersports, with the Myerscough College-prepped bike taking him to a pole position, a third place, and three race wins, as well as taking half a second out of the lap record. 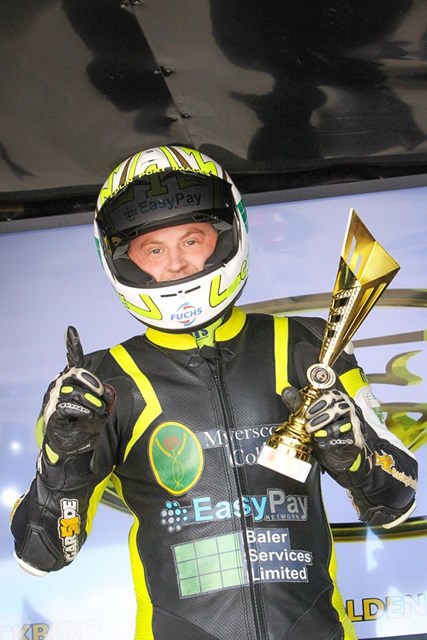 Richie got straight into the points in the ultra-competitive GP1 elites superbike class, battling for a 12th and 14th place finish.

Whilst thanks to the Covid-19 pandemic, Myerscough couldn't have any students giving trackside support as they would normally do, they can take pride in the work they've done getting both bikes running so well.

The next rounds of the championship are at Mallory Park on 5/6th September, followed by Oulton Park on 26th September.

In addition to Ryan’s exploits on the track, Richie has been racing for 23 years and excelled in schoolboy motocross from the age of 14, competing as a junior under the North East Motorcycling Racing Club banner and was its newcomer of the year for 1997. More success followed in Motor Cycling Club ‘Super Club’ events and Richie began competing in Thundersport GB for the EB Racing team (later RAP Racing) from 2010.

He represented them at Thundersport GB events annually between 2013-18, earning nine wins, 37 podium ﬁnishes and many fastest laps, before taking a break last year to help Ryan Garside’s eﬀorts after taking his lecturing role at Myerscough.

He still found time to compete, driving the Myerscough College Kawasaki ZXR400 to third place in the Formula 400cc series at the Three Sisters circuit in Ashton-in Makerfield, Wigan, as well as placing sixth in the Streetstock 125cc Evo series.

The opportunity for students to play an active role in the series is part of Myerscough’s offering of unique additional enrichment experiences, which runs in addition to a tailored course incorporating motorsport activities and resources, provides superb progression into the motorsports industry.

For more details about the range of motorsport study programmes available at Myerscough College and University Centre, CLICK HERE